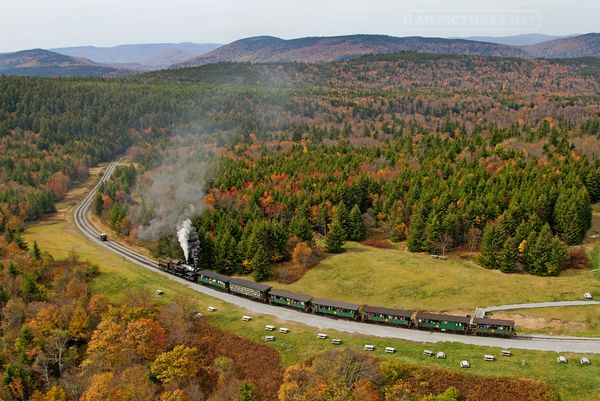 This tour shows you the highlights of beautiful West Virginia and features 2 rail journeys, 2 shows, and lots of great sights and experiences!

Day 3:
Breakfast at hotel
Travel to Green Bank, WV
Visit the National Radio Astronomy Observatory
(NRAO)
Travel to Cass, WV
Lunch on own
Ride the Cass Scenic Railroad to Whitaker Station
Return to hotel to freshen up
Dinner and show at the Gandy Dancer Theatre

Day 4:
Breakfast at hotel
Check out
Travel home
Lunch on own enroute

Every Starr trip includes deluxe motorcoach transportation and overnight accommodations.
Durbin Rocket
It's all aboard the Durbin Rocket, powered by a rare steam locomotive; Old #3 is one of only three operating Climax geared logging locomotives on earth. This 55-ton antique was built in 1910. Ride in authentic 1920-era coaches and vintage wooden cabooses behind #3 as she puffs and whistles her way along the free-flowing Greenbrier River in Northern Pocahontas County. Your ride covers 10.5 miles in 2 hours and offers many beautiful river and mountain views in the Monongahela National Forest.

Cass Scenic Railroad
Ride Cass Scenic Railroad to Whittaker Station. Re-live an era when steam-driven locomotives were an essential part of everyday life. Today, train passengers experience breathtaking trips through mountain wilderness areas using switchbacks on the train pulled by a Vintage Shay steam locomotive up an 11% grade to a restored logging camp at Whittaker Station. At Whittaker Station, you'll find a recreated logging camp of the 1940's which shows both the living quarters and the tools of the loggers.

On June 3, 1861, the bridge was forever etched in American history when it became the scene of the first land battle of the Civil War.

Adaland Mansion
This stately brick home at Philippi, West Virginia is set against the rolling hills of Barbour County and was built in 1870. The mansion house has been restored with great attention to authenticity and features homemade brick and walnut woodwork throughout.

Franks Family Music Show
Get ready to be entertained at the Franks Family Music Show. You will truly love the variety of music featuring contemporary and classic country, bluegrass, pop, and gospel. This cast is headed by Denny Franks, a seasoned Branson performer and includes his talented family who will give you a great evening of entertainment, laughter, and fun!

National Radio Astronomy Observatory
At NRAO, see one of the world's premier research facilities for radio astronomy with time to visit the exhibits after the tour. NRAO operates powerful, advanced radio telescopes to listen for ET! The Observatory is home to the Robert C. Byrd Green Bank Telescope, the largest fully steerable dish in the world.

Beverly Heritage Center
Start your historic Beverly tour at Beverly Heritage Center, an interpretive center with "The 1st Campaign of the Civil War" exhibit.
See the home of Lemuel Chenoweth, builder of the Philippi Covered Bridge who lived in Beverly as well as Stonewall Jackson's sister, Laura Arnold, a Union sympathizer. Learn about the Battle of Rich Mountain, which took place on July 1861 for control of the Staunton-Parkersburg Turnpike. This early union victory catapulted General George McClellan to leadership of the Union army and gave the North control of western Virginia leading it to eventual statehood.

Graceland Inn
Poised on the hillside of the beautiful campus of Davis & Elkins College in Elkins, WV, the Graceland Inn commands a 20 mile view of the scenic mountains.

The Holiday Inn Express, Elkins is nestled in the foothills of the Allegheny Mountains of West Virginia.

The hotel features a fitness room, whirlpool and indoor pool

Holiday Inn includes a complimentary Express Start hot breakfast. There are also restaurants in the area of the hotel