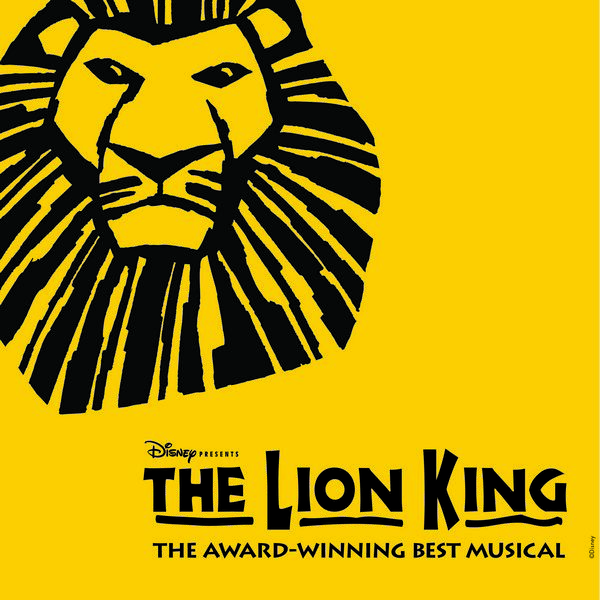 Giraffes strut, birds swoop, gazelles leap! The entire savanna comes to life, and as the music soars, Pride Rock slowly rises out of the stage. This is The Lion King!

Matinee performance of The Lion King at the Minskoff Theatre

The winner of six 1998 Tony Awards, including Best Musical, The Lion King tells the story of Simba, a young lion cub who struggles to accept the responsibilities of adulthood and his destined role as king. To bring the classic 1994 film to life, Disney turned to the story's roots, its rich mythology, powerful human drama and primal African rhythms to create a fantastic musical unlike anything Broadway has ever seen.

Marvel at the breathtaking spectacle of animals miraculously brought to life by a cast of over 40 actors in what The London Daily Telegraph calls "a blaze of fabulous imagination." Wonder at the inspiration of award-winning director/designer Julie Taymor, as one of the most successful films in history is stunningly recreated right before your eyes. Thrill to the pulsating rhythms of the African Pride Lands and an unforgettable score including Elton John and Tim Rice's Oscar-winning "Can You Feel The Love Tonight" and songs by South African composer Lebo M, Mark Mancina, Jay Rifkin, Julie Taymor, and Hans Zimmer. Treat yourself and your friends and family to a memory that will last a lifetime at the musical Time Magazine calls "awe-inspiring" and "a gorgeous, gasp-inducing spectacle!" The Lion King is an adventure into another world.

The Minskoff Theatre has an elevator.
Restrooms and concessions are available on the orchestra and mezzanine levels.
There are no steps into the theatre from the sidewalk. Elevators and escalators take you to the third floor lobby, and up again to the theatre.

Restrooms and concessions are available on the orchestra and mezzanine levels.
There are no steps into the theatre from the sidewalk. Elevators and escalators take you to the third floor lobby, and up again to the theatre.