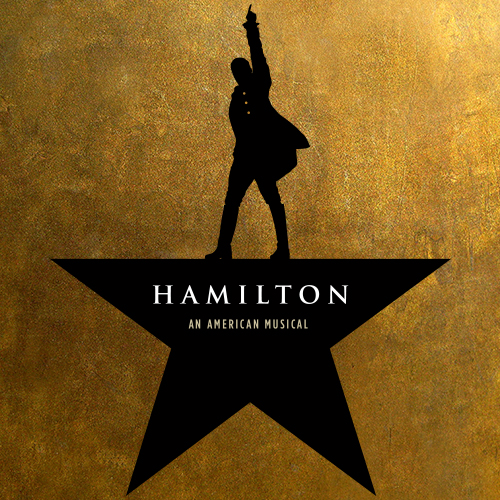 George Washington, Thomas Jefferson, Eliza Hamilton, and lifelong Hamilton friend and foe Aaron Burr all attend this revolutionary tale of America's fiery past, told through the sounds of the ever-changing nation we've become.

2pm matinee performance of Hamilton at the Richard Rodgers Theatre

Hamilton
Hamilton is the story of the unlikely Founding Father determined to make his mark on the new nation as hungry and ambitious as he is. From bastard orphan to Washington's right-hand man, rebel to war hero, a loving husband caught in the country's first sex scandal, to the Treasury head who made an untrusting world believe in the American economy. George Washington, Eliza Hamilton, Thomas Jefferson and Hamilton's lifelong friend/foil Aaron Burr all make their mark in this astonishing new musical exploration of a political mastermind.

Running Time: 2 hours and 55 minutes, including one intermission.

Richard Rodgers Theatre:
Wheelchair locations are available in the Orchestra. There is no elevator or escalator.

Wheelchair locations are available in the Orchestra. There is no elevator or escalator.