Virginia Beach: Under the Boardwalk 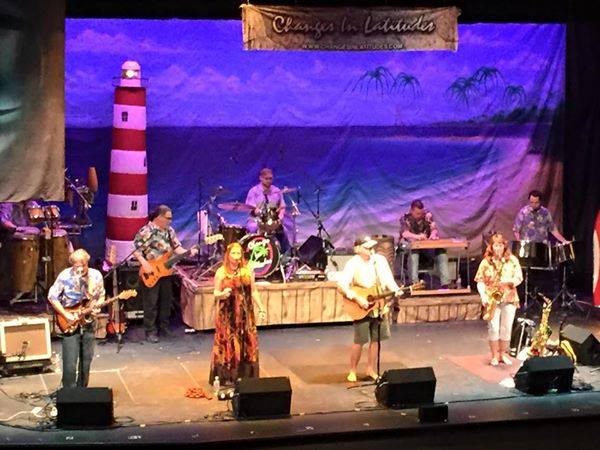 Come with Starr to hear the beach sounds of the 1950s, 60s and 70s, a blend of American doo-wop and R&B/soul performed by many bands, but none more prolific than The Drifters.

Day 1:
Travel to Virginia Beach, VA
Lunch on own en route
Four overnights at TBA
Dinner on own

Day 2:
Breakfast at hotel
Guided tour of Norfolk, VA
Admission to the MacArthur Memorial
Lunch on own at the Waterside District
Admission to Nauticus & USS Wisconsin
Stop at Doumar's, home of the world's first ice cream cone machine
Return to hotel
"Evening in Margaritaville" Themed Evening and Dinner

Day 5:
Breakfast at hotel
Check out
Travel home
Lunch on own en route

Every Starr trip includes deluxe motorcoach transportation and overnight accommodations.
Norfolk, VA Sightseeing Tour
Enjoy an escorted guided visit to Norfolk - a city that is historical, nautical, and hip!
Learn about Norfolk's colorful history of over three centuries as we ride through the lovely historic district and restored areas.

MacArthur Memorial
Visit the MacArthur Memorial for a glimpse into our nation's history. View the outstanding collection housed in Norfolk's historic city hall which trace the life and achievements of five-star General Douglas MacArthur, as well as the story of the millions of American men and women who served in the Armed Forces from the Civil War through the Korean War. The General and his beloved wife, Jean, are entombed in the rotunda of the memorial.

Nauticus & USS Wisconsin
Visit Nauticus, an exciting science and technology center exploring the power of the sea. This high-tech, virtual reality "museum" allows visitors to explore the rich life of the ocean realm, human uses of the sea through shipping and the role the port of Hampton Roads has played in world maritime affairs.

Visit USS Wisconsin at Nauticus, one of the largest battleships ever built.
Enjoy a self-guided tour of this great ship which saw action in WWII, the Korean War and the Persian Gulf War. Explore the main deck and recently opened portions of the interior, while
learning about this famous ship, those who fought and served on board and the role that this mighty warship has played in the defense of our nation.

This evening's menu is a healthy, plated Caribbean meal with a little shrimp, a little chicken, vegetables and fruit.
The main show is "Changes in Attitude" one of the best Jimmy Buffett Tribute bands in America.
Wear your flip flops and brightly colored Aloha Shirts. This is a festive themed party, with a show band, a shag dance floor, and a cash bar with Margaritas.

Virginia Beach Sightseeing Tour
Enjoy beautiful views of the Atlantic Ocean and the Chesapeake Bay as you learn about the history of the resort city and get the pulse on current day Virginia Beach.

See the First Landing Cross at Cape Henry where the English colonists first came ashore in 1607 prior to settling at nearby Jamestown, and stop at the Old Cape Henry Lighthouse, built in 1792. Ride down the resort strip, see the historic Cavalier Hotel as well as the Tidewater Veterans Memorial, a unique structure which pays homage to veterans everywhere.

The Museum's ongoing mission is to preserve, restore and fly these historic aircraft and to give a new generation the experience to learn what their parents, grandparents and great grandparents might have endured on the lonely airfields and factories, and in the skies so very far from home.
Hear the stories and learn about the contributions of the men and women of military aviation to our country.

The Drifters Concert
Concert by The Drifters with Charlie Thomas. The men in this vocal group are members of The Rock n' Roll Hall of Fame, The Vocal Group Hall of Fame and The Songwriters Hall of Fame; they also have 13 Billboard Hot 100 Hits. Songs such as "Under the Boardwalk," "This Magic Moment," "Save the Last Dance for Me," "Stand by Me," and "Fools Fall in Love."

This is a big musical concert on a full theatrical stage with Broadway quality sound and lights.

This is a themed party, a California blend of dinner and dancing that starts the night right.
After dinner we have a large dance floor with the tribute band "Still Surfin" playing the Best of the Beach Boys.

Whether you dance or just watch, it's a night of great excitations. You'll be feeling those "Good, good, good vibrations" as you listen to such
classics as "California Girls," "Surfer Girl," "Little Deuce Coupe," and "I Get Around."
This is a night of youthful nostalgia,
memories of Beach Movies and Sock Hops.