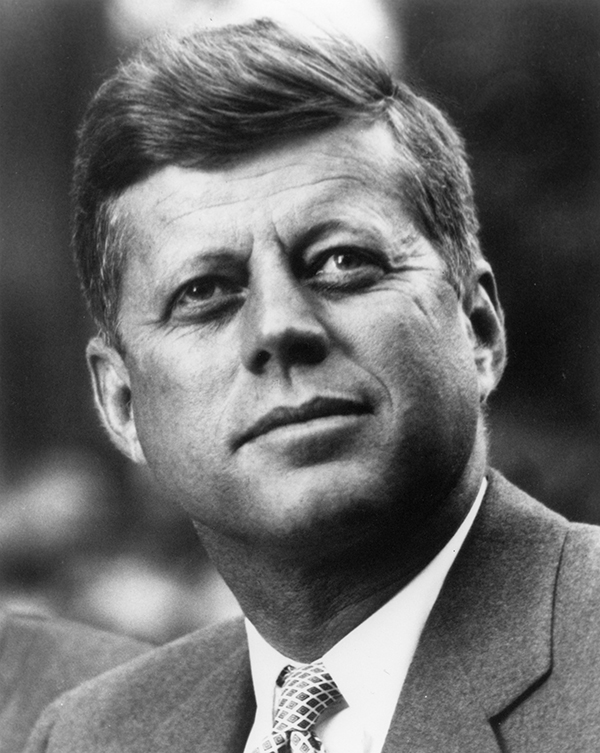 Join us for a tour fit for a president as we travel throughout New England in celebration of JFK.

Day 2:
Breakfast at hotel
Travel to Boston, MA
Tour of Boston with emphasis on JFK sights and Landmarks
Free time and lunch on own at Faneuil Hall
Swan Boat Ride at The common and Public Gardens
Admission to the JFK Presidential Library and Museum
Dinner at the Union Oyster House
Return to hotel

Day 5:
Breakfast at hotel
Check out
Travel home
Lunch on own en route

Tour is mostly riding, and will require minimal walking.

You'll see plenty of mallard ducks, the island from Make Way for Ducklings, and perhaps even a stately pair of beautiful real swans.

After about 15 minutes of peacefully floating around the pond, your Swan Boat glides back up to the dock.

JFK Presidential Library & Museum
Situated on a ten-acre park overlooking Boston Harbor is the nation's official memorial to John F. Kennedy, 35th President of the United States. The Museum invites visitors to step back into the recreated world of the early 1960s and experience firsthand the life and legacy of JFK.

Visitors are inspired by the stirring eloquence of JFK and by the grace of Jacqueline Bouvier Kennedy through 25 dramatic exhibits, including 3 theatres and 20 video presentations.

There will be special exhibits and events at the Library to commemorate the President's 100th birthday.

Cape Cod & Hyannis
Our visit includes admission to the New Bedford Whaling Museum, and the Sandwich Historical Society and Glass Museum. Together they interpret the seafaring and industrial history of the Cape. President Kennedy spent significant time in Hyannis and sites marking his presence are common. There is a memorial to him on the Lewis Bay waterfront erected in 1966, with the presidential seal and a quote: "I believe it is important that this country sail and not sit still in the harbor."

New Bedford Whaling Museum
The museum, through its collections and exhibitions, tells the story of the international whaling industry and the history more generally of the "Old Dartmouth" region.

The Museum also houses an extensive collection of fine art, including works by major American artists who lived or worked in the New Bedford area.

Afterwards, you will have time to stroll along the Walkway to the Sea, peruse the Artist Shanties at Bismore Park, and shop for Cape Cod souvenirs and clothing at the waterfront gift shop.

Newport, RI
Known for its gilded-age mansions, Newport has huge connections with the Kennedy Family. You will visit St. Mary's Catholic Church where in 1953, Senator John F. Kennedy and Jacqueline Bouvier were married. You will also drive by Hammersmith Farm, Jacqueline Bouvier's home where her wedding reception was hosted. This resort town is filled with elegant mansions, landscaped gardens, landmarks, and yacht clubs. Featured on this excursion is a Preservation Society of Newport Mansion and a visit to the Green Animals Topiary Garden.

"A Night in Camelot" Dinner & Birthday Party
Tonight is the highlight, "A Night in Camelot." Join us as we celebrate JFK's 100th Birthday and remember the 'High Hopes' of that youthful administration as we dance to the music of the era during a show that is a tribute to both the celebrities and songs that he liked best.

The dinner is a plated meal, with dinner music setting a proper atmosphere.

The entertainment is a live orchestra, with a crooner and an MC, performing as they once did for the President of the United States. It's a night of music that the President would have enjoyed and a night filled with songs that you will remember.

Attire for the night can be either casual, formal, or in between.

The hotel features an Indoor Pool, Whirlpool and Fitness Room.

Deluxe Continental Breakfast is served daily. There are several restaurants near the hotel.