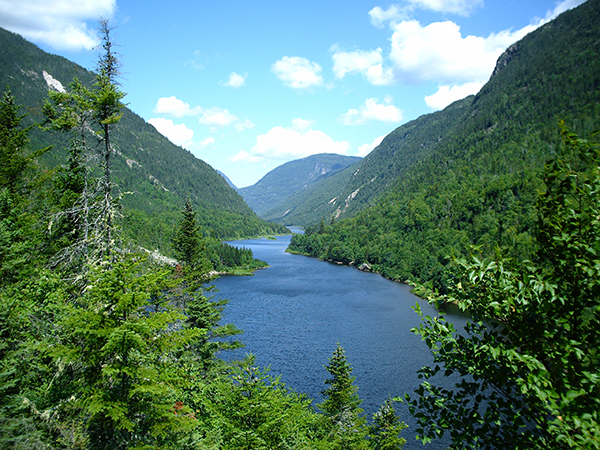 Explore a region famous for its old world European charm and breathtaking views.

Day 2:
Breakfast at hotel
Guided Tour of Montreal
Admission to Notre Dame Basilica
Free time on own
Dinner on own

Notre Dame Basilica
A masterpiece of neo-Gothic architecture, the Basilica was constructed between 1824 & 1829. Its East Tower, known as "The Temperance," holds a ten-bell carillon, while the West Tower, called "The Perseverance," holds "Le Gros Bourdon," a bell weighing 10,900 kg. The polychrome interior is highlighted by outstanding woodwork that is either painted or gilded. Located at the back of the basilica are the Sacre-Coeur Chapel & the Notre Dame Museum.

En route to the Laurentian Mountains, enjoy the services of a local connoisseur of the region! Our guide will talk about the history, traditions, activities and attractions in the Laurentians.

The tour includes a photo stop in Sainte-Adolphe d'Howard, a most inviting town strategically located amidst mountains and lakes.
Enjoy a stop at the charming village of Saint-Sauveur, a small village where designer fashion, handicraft boutiques and bistros are set.

There will be minimal walking done during this tour.

Historical commentary is in French and English. The boat offers bar service.

The hotel features a Fitness Room .

Le Parmigiano features Italian specialties (Pastas, Veal, Grills, fish) as well as Montreal favorites!
Cafe Castel, a European style cafe offers guests a unique ambiance to enjoy some of the finest sandwiches and salads.
There are also many restaurants just steps away from the hotel.

-There is a lot of walking required (and hills) on this trip. Passengers that travel in a wheelchair may find it difficult to travel on this tour.