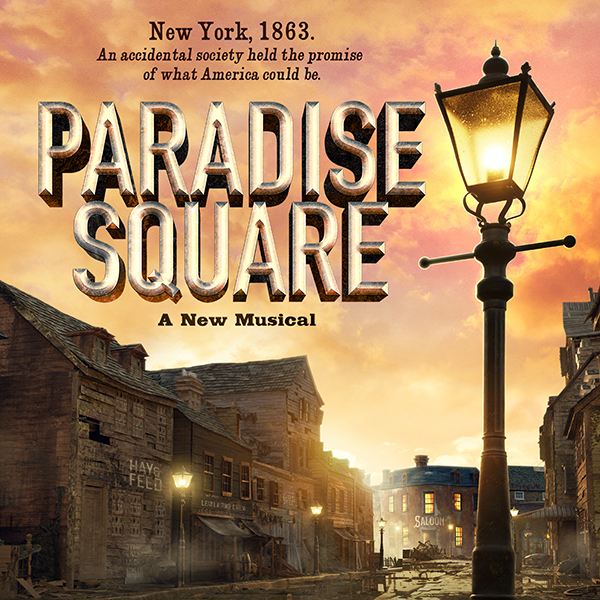 New York, 1863. As the Civil War rages on, an accidental society holds the promise of what America could be.

Matinee performance of Paradise Square at the Barrymore Theatre

Every Starr Tour includes deluxe motorcoach transportation.
Paradise Square
New York, 1863. As the Civil War rages on, free Blacks and Irish immigrants live and love together in the unlikeliest of neighborhoods ï¿½ the dangerous streets and crumbling tenement houses of Lower Manhattan's notorious Five Points slum. Within this galvanizing story of racial harmony undone by a country at war with itself, we meet the denizens of a local saloon called Paradise Square. These characters include the indomitable Black woman who owns it; her Irish-Catholic sister-in-law and her Black minister husband; a conflicted newly arrived Irish immigrant; a fearless freedom seeker; an anti-abolitionist political boss; and a penniless songwriter trying to capture it all. They have conflicting notions of what it means to be an American while living through one of the most tumultuous eras in our country's history. Paradise Square depicts an overlooked true-life moment when hope and possibility shone bright.

Duration: 2 hours and 35 minutes with 1 intermission

**Masks, Proof of Full Vaccination and Identification MAY BE Required**
For Current COVID-19 Information: https://www.starrtours.com/bus-tours-and-trips/broadway-trips/
Guests who do not comply with protocols will be denied entry or asked to leave the theatre.

Key to NYC Vaccination- Requirements for Indoor Activities:
NYC has discontinued the Key to NYC vaccination requirement as of March 7. Businesses can still choose to require proof of vaccination. Policies are subject to change. For updated info, please visit:
https://www1.nyc.gov/site/doh/covid/covid-19-vaccines-keytonyc.page

-Barrymore Theatre
This theater does not have elevators or escalators.