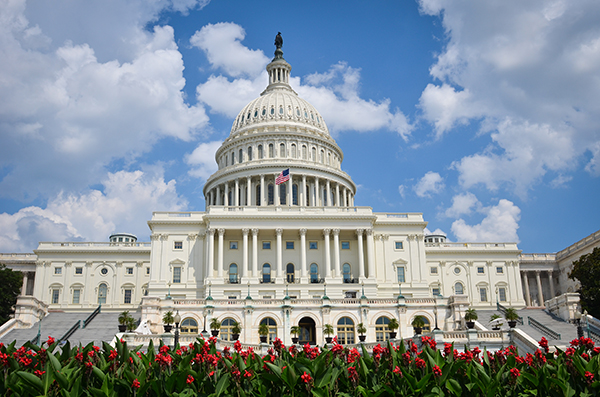 Learn all about America while strolling in the shadows of towering monuments, memorials to our freedom, through historic streets and while visiting world-renowned institutions on this enriching journey to our nation's capital.

Day 1:
Travel to Washington DC
Lunch on own
Admission to Kennedy Center (guided tour)
Two overnights at the Hyatt Centric Arlington, VA
Dinner on own
Twilight ride through Washington, DC

Day 3:
Breakfast at hotel
Check out
Admission to Arlington National Cemetery and Trolley Ride
Visit the Air Force Memorial in Arlington
Lunch on own
Travel home

Kennedy Center Performing Arts
A tour of the John F. Kennedy Center for the Performing Arts, situated on the banks of the Potomac River, is a highlight of any visit to Washington, D.C. The tour highlights the historic events that led up to the establishment of a national cultural center, as well as an interactive exhibit on the life and presidency of John F. Kennedy. The tour also includes the majestic Hall of States, Hall of Nations, and five of the Center's main theaters. From the magnificent Opera House chandelier - a gift from Austria that measures 50 feet across - to the 3,700 tons of marble from Italy lining the walls of the Hall of Nations, you'll see many extraordinary gifts from the governments of more than 60 countries that make the Kennedy Center truly an international destination. The tour concludes with a breathtaking 360-degree view of the nation's capital from the Roof Terrace.

The Changing of the Guard ceremony occurs at the Tomb of the Unknowns every 30 minutes, on the hour & the half hour, April through September & every hour on the hour October through March.

Air Force Memorial
The United States Air Force Memorial honors the service and sacrifices of the men and women of the United States Air Force and its predecessor organizations, including the Aeronautical Division, U.S. Signal Corps: the Aviation Section, U.S. Signal Corps: the Division of Military Aeronautics, Secretary of War, the Army Air Service, the U.S. Army Air Corps, and the U.S. Army Air Forces. More than 54,000 airmen have died in combat while serving in the Air Force and these historical service arms of the military, the second highest of any of America's four armed services.

Located on a promontory in Arlington, Virginia, overlooking the Pentagon and adjacent to Arlington Cemetery, the Air Force Memorial is easily seen on the skyline of Washington, D.C. and Northern Virginia.

The Hyatt Centric Arlington's ideal location puts you within walking distance to Georgetown and across the street from the Rosslyn Metro Center providing easy access to monuments, museums, galleries and attractions inside the Beltway.

The hotel is within walking distance to Ruby Tuesday's (across the street). Pharmacies & mini mall are approximately 1 block from the hotel.

No Cots available at the hotel; maximum room occupancy is 4 persons.

Hotel does NOT have a pool. Hotel is 100% Non Smoking.

-Smithsonian security policy:
All items (handbags, backpacks, etc) will be subject to search upon entering each museum.

Arlington Cemetery security policy:
Before entering the cemetery from the main entrance, all pedestrians will be screened through the Welcome Center. There will be express screening lines for visitors who do not have bags. Those with disabilities will also have an express line for screening. Arlington officials urge people to allow additional time to go through security screening when visiting the cemetery, especially large tour groups.

-Arlington Cemetery Tram - For those individuals who are able to transfer from their wheelchair & can climb 2 or 3 steps, on-demand service is provided. Vehicles used on all ANC Tours are equipped with priority seating and wheelchair storage.

For those individuals who require a chair lift, advanced noticed is required to better assist you.

This tour will require a good deal of walking.