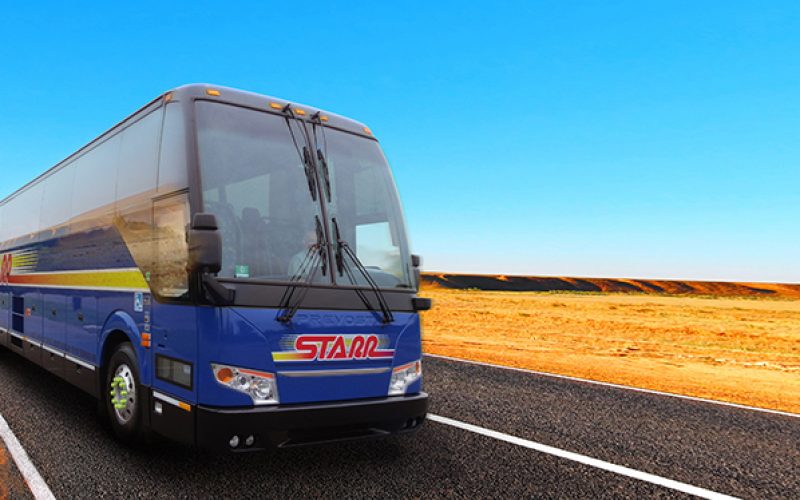 According to Investopedia, Baby Boomers, born between 1946 and 1964, are heading into retirement in droves (about 10,000 a day, in fact).  But what does retirement mean anymore? How many of you have celebrated the retirement of a friend, relative or coworker just to find out they have gone back to work? We can retire from one career and start another in a very smooth fashion. Here at Starr we hire lots of retirees on staff as Bus Drivers. We have retired Police Officers, Teachers, Firefighters, and many Veterans.  Driving a charter bus offers a lot of the perks that workers facing retirement seem to desire, such as flexible hours, a change of pace and scenery, and the opportunity to learn new skills. Folks who have held sedentary jobs often enjoy being “on the move” for a change; workers tied to one locale during their career may appreciate visiting new places; those who’ve worked alone—like accountants, lab technicians, or computer programmers—may enjoy the opportunity to meet and converse with many new people every trip.

Everyone knows Americans are living longer than ever so that means our ideas around retirement and needs going into retirement are changing. Although the U.S. Census Bureau data shows that the average retirement age in the United States is about age 63, many don’t retire until Age 70. And then there are those in good health, like Starr’s owner Alan Glickman, who are 75 and still going strong! The longer we work, the easier it is to afford a comfortable retirement. Longer lives and rising health care costs have made retirement more expensive at the same time that stagnant wages and the decline of the traditional pension have made it harder to save enough. Putting off retirement until later can mean less worry once you get there. Then you can relax and truly enjoy your golden years.

Bloomberg tells us that U.S. seniors are employed at the highest rates in 55 years which means that more and more Americans are spending their golden years on the job due to a number of factors. Many are healthier and living longer than previous generations. Some need the income, while others decide not to fully retire because they enjoy their jobs or just want to stay active.

While age discrimination is a very real consideration for older job seekers, a few gray hairs can actually be a plus for aspiring bus drivers.  Passengers might equate age with experience, authority, and sound judgment and they would be right.  A little life experience can go a long way on the open road.  For a generation pondering how to transition into the next phase of life, a stint as a bus driver might be the ticket.

Starr makes the transition into a new career as a motorcoach operator as easy as possible. First, we offer a full scholarship to qualified candidates to help get you the necessary CDL license you’ll need to operate one of our buses. Next, we offer a flexible schedule, premiere medical benefits, and full and part time options. Oh, and we also offer a $10,000 hiring bonus for full time drivers, and $2,500 for part time drivers, just to sweeten the deal even further.

Our drivers travel up and down the east coast and as far west as Michigan, Kentucky, Louisiana, and Tennessee. You work as a team with knowledgeable Tour Directors, and get to know many of our amazing passengers and groups – many of which have been traveling with Starr for years! If the idea of being paid to travel, see our great country, and meet some great people interests you, why not consider turning your retirement into an adventure and join our team? We’d love to have you!

Everyone knows that Starr buses are luxurious. Between comfortable seats, on board entertainment and wifi, they have all you need to make getting to each exciting destination enjoyable. Our buses, Drivers, and Tour Directors make noteworthy accomplishments every time they head out, but what about the other buses in the world? As it turns out, Guinness World Records has a whole list of the best world records involving buses! Some of them are unbelievable feats. So, sit back, relax and enjoy. 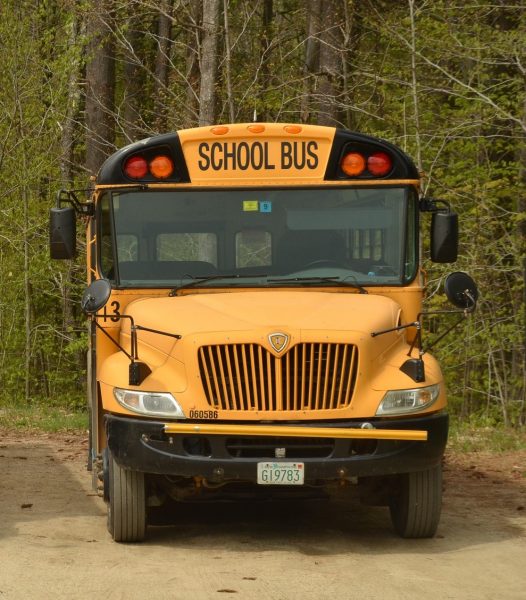 Longest career as a bus driver

Many things in our world have changed since 1946. One thing that hasn’t, however, is Carl Fisher’s career as a bus driver. Set in 2011, Fisher holds the world record for the longest career as a school bus driver. He started driving school buses at age 16, and found a job he loved and excelled at. Fisher estimates he has driven over two million miles, and has owned twelve different school buses. He finally retired at age 82, after spending 66 years driving Missouri’s children to and from school.

Furthest distance to pull a single decker bus with the ears

Famous strongman and grandfather Manjit Singh has been training as a strongman all his life, and he has broken over 55 world records. On March 31 2008, Singh pulled a single decker bus 20 ft in Loughborough, UK. Singh attached cables to his ears, and yanked the bus almost 6.1 meters. He did this to raise money for the Manjit Fitness Academy. Read about his other bus pulling record here.

Most people crammed into a single decker bus

According to Guinness, on June 1st, 2011, a group of people in Poland took a 57 second journey, but this one was no ordinary bus ride. Normal buses of this size can usually fit somewhere around 50 people. But this bus contained 229 people, most were faculty at the Faculty of Mechanical Engineering of the Krakow University of Technology.

In 1988-1989, longtime friends Hughie Thompson, John Weston and Richard Steel took the world’s longest journey traveling by bus, as reported by Guinness. The group rode a red London Routemaster double-decker bus, which was their home for over a year. In the end, the boys traveled 54,289 miles and visited 18 countries, going all throughout Asia, Europe, Australia and the USA.

Our Cross Country Trip of a Lifetime

While they may not have broken any world records, our annual Cross Country trip accomplishes its own set of impressive stats!
June – July 2017, 34 passengers, 1 Tour Director, and 2 Drivers traveled across our great country and back in 26 days.
– They slept in 20 different cities, enjoyed 30 attractions, visited 5 National Parks, and gambled in 4+ casinos (with the possibility of many more on their free day in Las Vegas).
– They drove on 30 major routes and highways across 19 different states, passing through all 4 time zones for a total of 7,304 miles!
(You can set your own personal records on our Cross Country trip in 2018!)

So, the next time you’re relaxing on a bus trip on a Starr bus, think about all of the incredible things that were accomplished in buses just like these, and relax as you travel to your wonderful destination.

Bus travel has changed a lot in the past few years. Long gone are the days of cramped quarters, stuffy interiors, and endless hours with nothing to do. Modern motorcoaches now come with a host of amenities, unheard of several years ago, to make your ride smooth, easy, and comfortable. As we add new coaches to our fleet, we are making conscious decisions about what to change and improve upon to make your ride even better.

Here are modern improvements that we are currently adding across our fleet:

Wi-Fi Access:
Did you know? All of our motorcoaches now come with wifi so that you can leave home, but stay connected to family and friends. Share pictures and notes to social media, play a game, listen to music, read the news – the world is at your fingertips with your ipad or smartphone connected. We’re a mobile hotspot of connectivity!

Onboard Entertainment:
Today’s buses now feature state-of-the-art entertainment systems with a PA System for important announcements and fascinating information to accompany your journey as well as DVD players and TV monitors to make the time pass a bit more quickly.

Comfortable Seating:
Long gone are the days of stiff backed, hard seats. As we add new coaches to our fleet, we consider ways to improve your ride all the way down to what type of upholstery works best. The seats in today’s motorcoaches are more ergonomic with foot rests, arm rests, and reclining options.

Power Outlets:
Stay connected, and stay charged! Our newer buses come with power outlets so that you never have to worry about losing battery power while on vacation.

Safety:
Starr stays on the cutting edge of all safety regulations, trainings, and practices to ensure that we are prepared for anything. Our drivers undergo rigorous training before being hired. We have some of the strictest regulations in the industry to ensure the well-being of our drivers and passengers, and we are constantly making improvements to stay on top. We take your safety very seriously, find out more here.

Clean buses and cleaner energy:
Our staff is committed to giving you a clean and comfortable ride all the way so that you can relax and enjoy your trip. And while you are relaxing, you can also rest assured that you are doing something great for the environment while you do something good for yourself! Did you know? A couple traveling by motorcoach while on vacation cuts their carbon footprint nearly in half, even when compared to driving a hybrid vehicle. Click here to check out all of the ways that motorcoach travel is greener!

So, the next time you are planning your family’s vacation, be sure to check out Starr’s lineup of fabulous tours! Great memories are made on motorcoaches and now they are better than ever!