Escorting passengers three times on Starr’s Cross Country tour has touched me with so many terrific memories. Of course, there were the famous landmarks beginning with the Gateway Arch in Missouri, the Grand Canyon in Arizona, Mount Rushmore in South Dakota, Old Faithful in Wyoming, and the Golden Gate Bridge in San Francisco. Not to forget the Grand Teton Mountains, the Great Plains, the Sonoran and Mohave Deserts, Lake Tahoe and streams and waterfalls, and the Pacific Ocean.  Even with all of this beauty and wonder, I will never forget the in-between memories that were reflective of the passengers on the tour as well as the people I had met along the way.

One day after being on the road for a week, one of our passengers asked me if he could talk on the microphone for a few minutes. Not knowing what he was up to but thankful for a talking break, I quickly agreed.  Little did any of us know, he was observing our daily activities and would spend his evenings writing lyrics about some missteps— like someone leaving house keys in a hotel room, meeting up with a snowfall in Nevada in July, or being awakened in the middle of the night by a hotel fire alarm because someone got stuck in the elevator.  Not only did he sing the song but he accompanied himself with a portable cassette player—remember them? We laughed so hard and so long that he never had to ask for the microphone again.  He had a standing gig on the bus each week thereafter. We could hardly wait to hear what and who he was going to sing about next.

Food was always on our minds when traveling cross country.  Starting with satisfying hotel breakfasts to surprise snacks shared by our passengers.  It was not unusual for a bag of grapes to suddenly appear being passed up and down the aisle followed by a big bag of chocolate candies.  Then there was the box lunch in the middle of the Painted Desert in Arizona – not another vehicle in sight as we savored the solitude and the indescribable landscape.  Dinners ranged from fine dining menus to pizza delivered to hotel rooms.  One of my favorite food memories was our stay in Los Angeles.  Our hotel was across the street from Ralph’s Supermarket.  One of the passengers asked me what my dinner plans were for the evening.  I mentioned I was going over to Ralph’s for a roasted chicken and something from the salad bar.  She thought that was a swell idea and joined me by the pool.  There we were surrounded by California palm trees and digging in to our dinner with plastic knives and forks.  Fine dining— at least in our minds!

Probably the number one question I get about the cross country tour is “What about laundry?”

Starr has that figured to a “tee”! —pun intended.  Many of the hotels en route have laundry facilities on-site.  The passengers were great about taking turns doing their laundry to everyone’s satisfaction.  After 14 days on the road, I decided to do my laundry in San Francisco.  Unfortunately, for me, there were no on-site facilities.  Desperate times called for desperate measures.  So after a few directions from the front desk, I packed up my dirty laundry in a small suitcase and rolled my way up a couple of hills in San Francisco to the neighborhood laundromat humming, “I washed my socks in San Francisco. . .”  Being in the heart of this famous town, game me a bird’s eye view of its diversity when I met a young man from New Jersey who moved there a year ago for a job.  He was cleaning his apartment and doing his wash before his mom’s visit that weekend.  Then there was the girl with multiple tattoos who ran in and out checking on her stash in the dryer.  While waiting for my wash to be completed, an elderly Chinese gentleman wearing a large straw hat, asked me if I was from Australia?  Somewhat amused, and somewhat flattered, I asked him why he would think that.  He said, “because everyone that comes in here is from Australia.”   I had to chuckle because when I first arrived at the laundromat— a mother and daughter who helped me maneuver the money changer told me that they were on a three-week tour of the States – from Australia!

On our 26th and final day on the road and after traveling over 7,000 miles—yes, on a bus—yes, with the same people—a couple of our male passengers asked if they could say something to the group.  It came as no surprise that their comments brought tears to everyone’s eyes.  They, too, spoke about their memories that no guidebook could explain nor postcard could picture—those in-between memories!

I hope you one day have a chance to collect your own treasure trove of in-between memories on our wonderful Cross Country tour!
Christine Durling, Starr Tour Director

2017 marks Starr’s 70th year in business. As a second generation owner of Starr Bus Charter & Tours as well as the Strategic Safety Chairman for the American Bus Association (ABA), it is with great interest that I look ahead to the new motorcoach safety regulations which are put into place every year by the U.S. Department of Transportation (DOT). I am always interested in how new regulations will move our industry forward and how, we at ABA, influence these regulations.

Throughout my 46 years in the motorcoach industry, I have been witness to the implementation of many new regulations by the various leaders of the U.S. Department of Transportation to improve motorcoach safety. Traditionally, as presidential administrations change, new department heads are appointed. Elaine Chao has been selected by the new administration to lead the U.S. DOT as Secretary of Transportation. Ms. Chao served as Deputy Secretary of Transportation under George H.W. Bush, and I expect Secretary Chao will take a hard look at existing motorcoach safety regulations in addition to new proposals put forth. I anticipate her approach and determination will be effective and practical to ensure riding on a motorcoach will be as safe as possible, and even safer than in the past.

Starr will continue to be a leader in safety and regulatory compliance as we manage our own fleet of coaches and highly trained Drivers. Starr will continue its philosophy of providing the highest level of safety, not only by its lawful operations, but resulting from the many proprietary safety programs we have put in place to help ensure our riders a safe and comfortable travel experience. The safety awards earned by Starr are evidence of our safe driving commitment in addition to our commitment to you, and our quest for new and improved operational policies and practices.

Our entire team at Starr is dedicated to continuously advance and look for new ways to increase the level of safety in our industry. Starr is proud to introduce on its two newest coaches additional L.E.D. turning signal lights. The additional lights will serve to increase the visibility of our coach to other motorists and pedestrians when it is making turns or changing lanes. The additional coach lighting is a safety idea that we at Starr suggested to our motorcoach manufacturer, Prevost. An idea we envisioned, will be adopted not just by Prevost, but by the other motorcoach manufacturers to create safer vehicles for their motorcoach customers.

We thank you for your loyalty and for the faith and trust you have placed in us.

I just returned from the American Bus Association Annual Marketplace #ABACleveland and although it started on a Saturday morning and lasted 4 full days, it was worth it and here’s why:

So next time a convention alert pops up and you are thinking you’re too busy or don’t have the budget to attend, think about those benefits and maybe, just maybe, you’ll change your mind.

Many of the trips we offer at Starr include free time to explore an area “on own.” Your free time on own might include seeing the sites, local attractions, or tasting the best of the local faire. However you choose to spend it, here are some great ways to research the best of the best in the area.

We love offering free time during travel because it allows you the freedom to customize your trip exactly how you’d like it. These websites and apps are great ways to research and plan the perfect getaway for you! 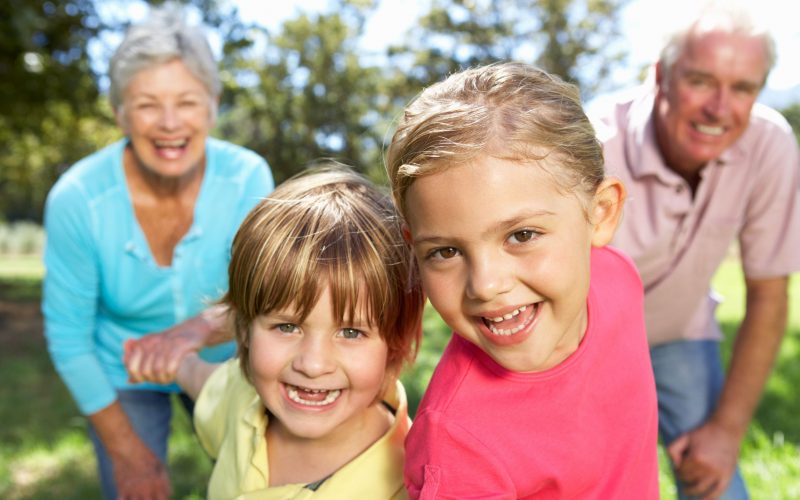 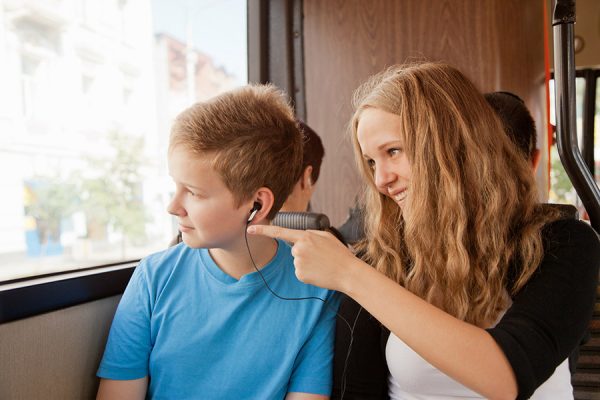 It’s always exciting planning the perfect summer trip with your little ones. You found the best deal, maybe bought some snazzy new clothes for your getaway, and now it’s time to prepare the kids for the adventure! You can tell them all about your bus trip: your chosen destination, the fantastic sites you plan to visit and new cuisine you plan to try, but be sure to let them know what they can expect during travel too.

When you start packing for your bus trip, don’t forget to pack for the bus ride! If you keep your child entertained with an iPad or phone, always make sure that it is charged and ready for a long drive. Some stores even sell iPhone cases that charge themselves when the battery dies. Other options to keep your children entertained are workbooks with word games, coloring books, or something fun to read. Personally, I remember having a ball with disposable cameras when I was little! It’s a great idea to purchase a few for your kids to capture their own memories. Packing some healthy, non-perishable snacks like nuts or dried fruit can help when those little tummies start getting hungry too! It’s also a good idea to bring plenty of water and a change of clothes (for the wee ones) in case an accident happens while on board.

Another idea, either before the bus trip or on-board the bus, would be to get your kids excited about the destination by showing them pictures, brushing up on history, or exploring websites. Many websites and attractions have a kid’s section with things to know or check out. Showing this to your children on the way to your destination could spark an immediate interest and build their excitement before your arrival.

The night before you depart, you’ll want to make sure your family gets plenty of sleep. Traveling can really take a toll on your body – little ones, especially! – so it’s important to start your trip well-rested.

Make sure that your children know what they can expect when traveling via motorcoach. Take a potty-break before arriving to the pick-up point. Let them know that there will be lots of other people on the coach so it’s polite to use inside voices, remain quiet when announcements come on from the Tour Director and/or driver, and stay seated for safety. Safety is our top priority at Starr and we wouldn’t want any of our tiny travelers to get hurt!

You can always count on our destinations to be fun and thrilling, but the adventure starts before the bus even departs. Kids thrive on the excitement of their parents and traveling companions, so the more you know and prepare them, and the more excited you are, the better the trip will be for everyone! Planning and preparing early makes for less stress leading up to the trip and it’s sure to give your kids something to look forward to. We can’t wait to have you on board!